Home of the famous CORSICA LOAF™ 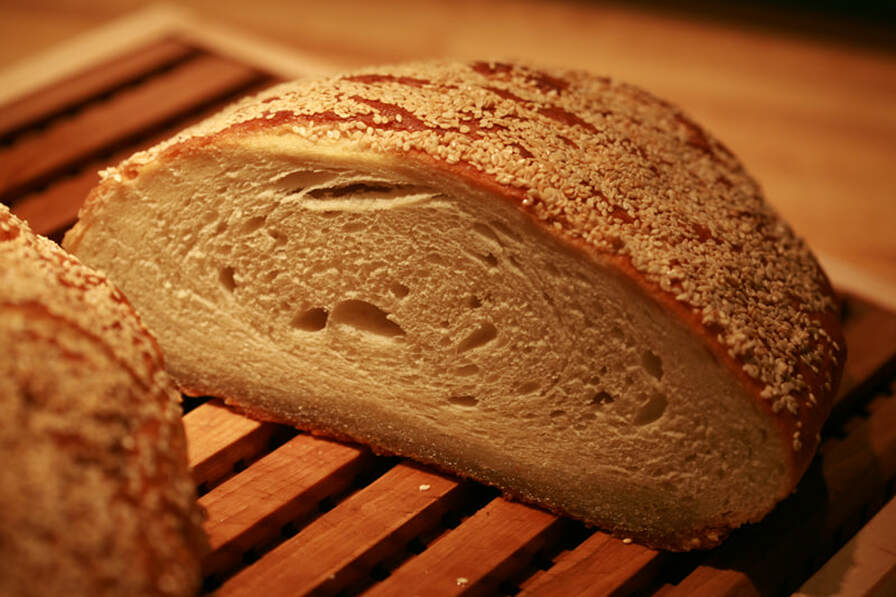 We're often asked, what's the best part of our jobs. While it's hard to pick from so many rewarding aspects of owning the bakery and meeting so many friends, we'd have to say the most favorite thing is watching someone taste our famous CORSICA LOAF™ for the first time.

There's nothing like seeing the expression on their faces as they enjoy the wonderful goodness of our custom french bread infused with olive oil. We use a special stone-oven high-temperature baking process of DCB French dough within a bath of our custom blend of olive oils and sesame seeds. The original CORSICA LOAF™ and subsequent collective brand has truly become synonymous with name Door County Bakery, and is most assuredly the "flagship" of our establishment.

Yes, we're constantly asked, "How do you do it?" No, we're not saying.